You can purchase one or more time recording terminals with associated transponders (chips) from us. For further information, please check our website.

Times recorded via the time recording terminal are considered in the same way as entries made via the chatbot or the Danielle Software application. In the Source column, the entry Chip indicates that the recording originates from a terminal.

The times recorded by employees with a transponder chip via the time recording terminal are stored on the device and then transmitted to the Danielle Software time recording application. In the event of an interrupted internet connection, this data remains on the device. After the connection is reestablished, the data is transmitted to the system. Since some employees could unknowingly make multiple bookings, they can be easily corrected in the system.

An employee has recorded the beginning of their working time via a transponder chip and went on break later.

In the meantime, the system went offline, while the terminal continued to operate independently.
After the break, the employee checks in again via the terminal and repeatedly selects “Start working time” instead of “End of break” (Stop). The entries generated this way are stored and listed accordingly.

You can see that the employee recorded a beginning of their working time (“Start”) twice at 12.13 p.m via their transponder chip.

Then the employee noticed the wrong “Start” entry and stopped/ended the break at 12.13 p.m. via the terminal after all.

Since there are already two 12.13 p.m. “Start” recordings, the working time will continue to run from 12.13 p.m. However, one of the “Start” recordings is unnecessary.
When the internet connection is reestablished, the individual terminal recordings will be transmitted to the time recording application and assigned accordingly.

When the employee then ends their working time, the system recognizes the superfluous data record and highlights it in red. This record can now be deleted safely. However, it does not affect the time recording calculation.

The system checks for terminal downtimes and data that has to be transmitted several times a day. If downtimes have incurred on the time recording terminal, HR will be informed via e-mail so that they can be checked individually. 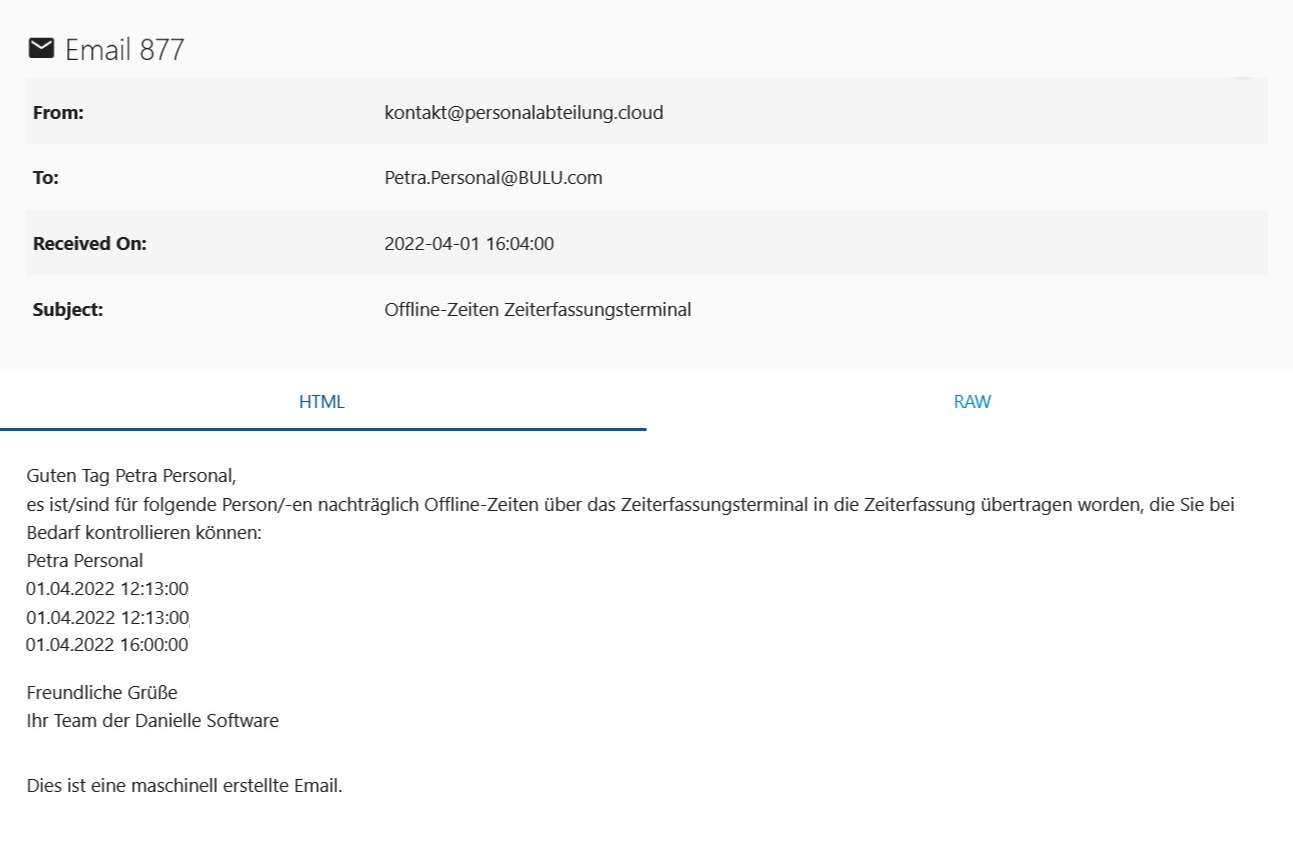